Facing wasp or bee problems around your Mississauga property? Don’t wait till they give you a nasty sting. Call our wasp removal experts because we can professionally and safely remove their nests from your Mississauga Ontario property.

Any type of flying insects is just a nuisance when they fly-by in to your living room or workplace. Especially if you have young children whom tend to be frightened by the sound and sight of WASPS.

Obviously, if wasp’s nest is nearby, its good enough reason to act quickly, because just one sting can really, really be painful for hours and hours. But what if you (or your staff in case of commercial businesses) are allergic to wasps or bee stings?

Wasp’s sting although painful are usually not dangerous to humans. However, wasp venom can cause allergic reaction, and depending on the area of wasp sting (e.g. throat), it can cause severe issues to human health. In extreme cases fatal, man dies following wasp attack

Above fact, should be good reasons to call 905-330-2102 wasp extermination experts in Mississauga ON.

The buzz and uncomfortable appearance of these flying insects, wasps, become a nightmare if their army shows up at your place uninvited. The fright and urgency to get rid of them will become evident after a sting, and also cumbersome if you aren’t aware of the necessary precautions to eliminate wasps nest. 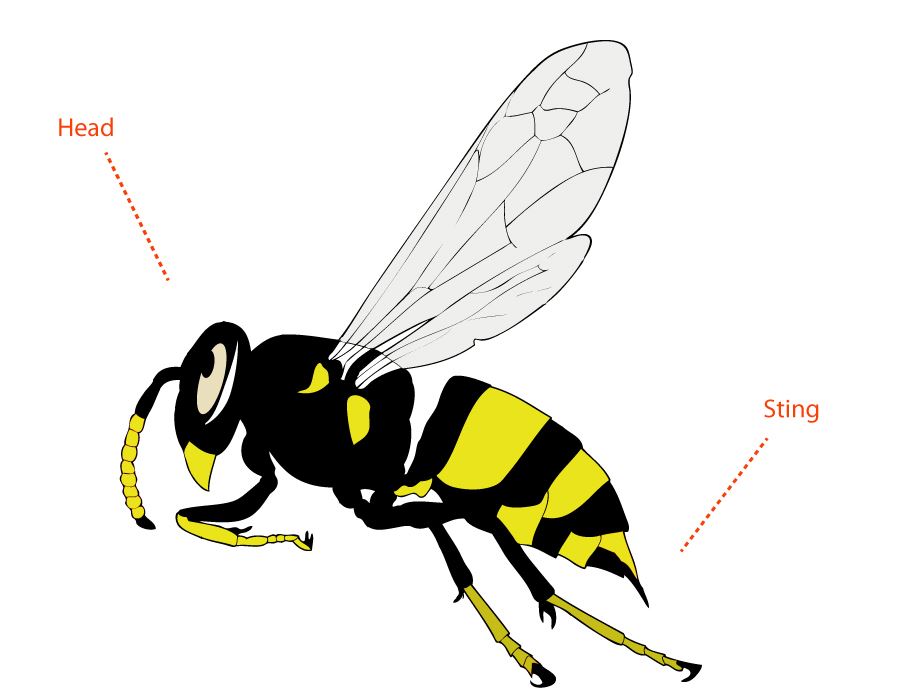 A wasp is an insect of the order Hymenoptera which is neither a bee nor an ant that nests in areas where gutters and soffits are located. Particularly active when you got a garden where you will probably see their frequent flight, in fact, yellow jacket wasps are also known to build their nest underground.

When you see a wasp near by, or flying towards you or near you, human instinct is to shoo away or try to hit it with your hands. We strongly advice you to not take such action because wasps are territorial and aggressive insects. That means, such action can actually cause the wasp to attack where it otherwise wouldn’t if left alone.

Furthermore: since wasps nest in large groups within a hive, if you happen to disturb the nest (willingly or unwillingly), they can call in the cavalry and group attack because their instinct is to protect the nest/hive. The most common wasps that you will see in Mississauga Canada are yellowjacket, hornet, and paper wasps. If your property requires wasp nest removal, simply get in touch with our wasp pest control experts for safe removal of nests.

Wasps and Their Nests Removed Safely and Cost Effectively

How to Get Rid of Wasps

Just as you wouldn’t get in the ring with World Heavy Weight Boxing Champion, nor should you attempt to remove wasp’s hive on your own. Because their sting can be devastating particularly for a family with young children.

Best way to get rid of wasps is to simply get in touch with one of our fully qualified pest control experts in Mississauga to identity the location and remove their nest from around your property.

How to Reduce the Chances of Wasps Nesting

The common misconception that people usually have is that by using various sprays they can eliminate wasp infestation or wasp attacking you. The insect spray method is in fact a bad idea when it comes to wasps, because it poses dangerous risks. Ideally, you need to get rid of the entire nest where they’ve built it. Once the nest is removed safely, you no longer will be dealing with these uninvited guests called Wasps.

The best way to remove them is by contacting a wasp control professional. Our specialists are experienced in investigating the clues and trials left by these flying insects to reach the wasp hive. Basically, now is a great time to remove them completely.